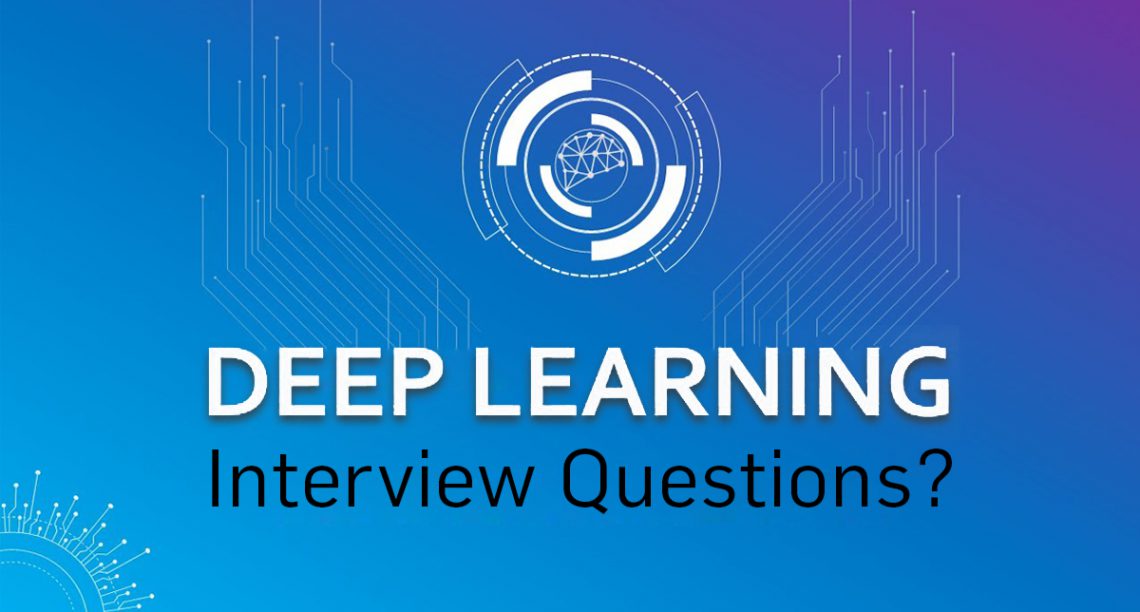 Information technology is ruling over the 21st century. Now, veteran computer data scientists say that the concept of deep learning has become popular along with machine learning. Deep understanding is a group of techniques that allows machine learning to predict outputs from a set of inputs. The inputs are layered. Companies throughout the world have incorporated deep learning into their system. Certified professionals of deep understanding have good job prospects.

Those who are applying for a deep learning interview for the first time or already faced several rounds of interviews for a deep learning role and not made the cut? need to prepare themselves for a basic understanding of new edge technologies like AI, ML, Data Science, Deep learning. After that deep learning frequently asked comprehensive list of questions and their answers which will help them to face the interview panel confidently.

1.How do you think deep learning works?

2.What do you understand by the neural network?

Neural network is how the neurons of our brains work.

3.How many network layers do the neural networks consist of?

Common neural networks have three layers of the system. They are as follows:

a) An input layer

b) An output layer

The feature extraction occurs in the hidden layer. So, this layer is considered to be the most important.

4.What do you mean by an end to end encryption?

End-to-end encryption is a model that gets the raw data. Then, it directly outputs the desired outcome. No intermediate tasks come in between.

The two most important advantages of multi-tasking are as follows:

a) It leads to lower bias

5.How would you differentiate between Artificial Intelligence, Deep Learning, and Machine Learning?

Deep learning is part of machine learning. It makes the computation of a multi-layer neural network possible. It depends upon neural networks to simulate decisions similar to those taken by humans.

Artificial Intelligence is a technique that allows people to mimic human behavior.

Machine Learning is a technique that employs statistical methods to develop machines in such a way that they improve with experience.

6.Differentiate between supervised and unsupervised learning?

Unsupervised machine learning doesn’t need the information to be labeled explicitly. The operation may be carried out without the knowledge being labeled. Cluster analysis is the most common example of unsupervised learning. It is frequently used to find hidden patterns in data

7.Where do you use deep learning knowledge?

Deep learning is used in the following sectors:

8.What is the use of Fourier Transform in deep learning?

Fourier Transform Package is useful for maintaining, managing, and analyzing large databases. This software is created with a premium quality feature, named Special Portrayal. People may use it effectively to generate array data on a real-time basis. It helps process all types of signals.

9.Explain the theory of autonomous form of deep learning in a few words?

The autonomous form of deep learning presents an unspecified database independent of any specific formula.

10.How is deep learning useful in the modern-day?

Deep learning has brought about revolutionary changes in the field of data science. The concept of a complex neural network is a valuable center of attraction for data scientists. It is advantageous for performing several next-level machine learning operations.

Deep learning involves the process of clarifying simplifying algorithm-based issues. It is possible because of its flexible nature. This rare procedure allows the data to move independently.

11.Name some tools or frameworks for deep learning?

Deep learning tools are as follows:

12.What are a few prerequisites for people who want to start deep learning?

There are a few prerequisites for people who want to start deep learning. The requirements are as follows:

A few supervised learning algorithms of deep learning are as follows:

14.What do you mean by a convolutional neural network?

A convolutional neural network uses convolution in at least one of its layers. It contains a set of filters or kernels which slide across the entire input image. It completes the dot product between the input image and the weights of the filter. Training automatically helps the network learn filters that may detect some specific features.

15.What are the three steps for developing the necessary assumption structure of deep learning?

The procedure for developing the necessary assumption structure of seep learning involves three steps. The three steps are as follows:

a) The first step involves algorithm development. It is a lengthy process.

b) The second step contains analyzing the algorithm. It represents an in-house methodology.

c) The third step involves implementing the general algorithm. It is the last part of the procedure.

The unsupervised learning algorithms of deep learning are as follows:

17. Are there any disadvantages to deep learning?

a) A deep learning model takes a long time to execute the process. Depending upon the models’ complexity, it may take up to several days to complete a model.

b) It is easy to fool deep neural networks.

d) So far, deep integration has not been well-integrated with prior knowledge.

18.What do you mean by the Boltzmann machine?

A Boltzmann machine is a kind of recurrent neural network. It is also known as the Stochastic Hopfield network. It has hidden units. Here, the nodes make binary decisions with a little bias. Boltzmann machines may be strung together to create more sophisticated systems. They are also used to optimize the solutions to a problem.

The characteristic features of a Boltzman machine are as follows:

a) The neurons present in it are either in a frozen state or in a clamped state.

b) It utilizes a recurrent structure.

c)It is constituted of stochastic neurons. They include one of the two possible states- either 0 or 1.

19.Is it possible to have the same bias for all the neurons belonging to a hidden layer?

It is possible to have a different bias value at each layer. There may also be an additional bias value for all the neurons of a hidden layer.  Each of the strategies provides a different result.

It is difficult to show the calculus of them in a telephonic interview. So, they can be explained in the following way:

a) List: Lists are one of the most accessible data structures. They form an organized sequence of elements.

b) Computation graphs: It is one of the most complicated data structures. It is of vital importance to understand the flow of computation. A computation graph provides the sequence of operations that are performed. Every node denotes a process or a component of the neural network.

c) Matrix: It is an organized sequence of elements, along with rows and columns.

d) Tensors: Tensors may be described as the primary programming unit of deep learning. We may use tensors to perform multiple mathematical operations.

22.What is a Restricted Boltzmann Machine?

23.How is deep learning used practically?

Deep learning is used for a variety of functions across the industry. For example, medical research tools that plan to use new drugs for new diseases and commercial applications that use face recognition are examples of deep learning.

24.What type of severe learning problems have you encountered? How did you handle them?

Among the deep learning problems, I have encountered overfitting and underfitting. Often, a model learns the details and the training data so well that it has an adverse effect of the model on new information. It is known as overfitting.

It happens with non-linear models that are more flexible while they learn a target function. The model is perfect for the training world. However, it does not apply to the real world.

On the contrary, underhanding refers to a model that is neither well-trained on data, nor generalizes to new information. Neither is it accurate nor does it give a good performance. It takes place when there is very little data to train the model, which is also incorrect.

I have re-sampled the data to estimate the accuracy of the model and evaluate it to avoid both overfitting and underfitting.

25.What do you think are some ethical implications of using deep learning?

It is necessary to consider ethics while developing or using a deep learning system practically. The last few years have been full of stories that have showcased artificial intelligence as showing tremendous bias and discriminating in the real world.

26.Have you earned any in-depth learning certifications?

27.Which do you think is better a deep network or external network?

A deep network is more efficient in terms of computation and many other parameters. Otherwise, both deep and shallow systems are good enough to approximate any functions.

28.What is the meaning of weight initialization in neural networks?

29.Why do you think zero initialization is not a fair weight installation process?

In case the set of weights in a network goes to zero, all the neurons at every layer will begin to produce the same output and the same gradients during backpropagation. So, the system is not able to learn anything at all. There will be no source of asymmetry among the neurons. So, we need to make the weight installation process random.

30.What do you mean by a binary step function?

A binary step function is an activation function, based on a threshold. It doesn’t allow multi-value outputs. In case the input value is more or less than a particular threshold limit, the neuron gets activated. Then, it sends the same signal to the next layer.

31.How would you describe a Relu function?

ReLU stands for Rectified Linear Activation. A node that implements the activation function Rectified networks are networks that use the rectifier function for the hidden layers.

32.What is the function of leaky ReLU?

Leaky ReLU allows small negative values when the input is lesser than zero.

33.What do you mean by dropout?

Dropout is a cheap regulation company. It Is used to reduce overfitting in neural networks. A set of nodes is dropped out at random at each step of training. So, we create a different model is created for each training case. All the models share weights. It is a form of model averaging.

34.What do you mean by model capacity?

Model capacity can approximate a given function. When the model capacity is higher, it means an immense amount of information may be stored in the network.

35.What do you mean by cost function?

The function of a cost function is to describe how well the neural network performs concerning the given training sample and the expected output. It provides the performance of a neural network as a whole. The priority of deep learning is to keep the cost function at a minimum. So, people prefer to use the concept of gradient descent.

36.What do you mean by gradient descent?

Gradient descent is an optimization algorithm used to minimize certain functions by continuously moving in the direction of the steepest drop, as specified by the collapse’s negative. It is an iteration algorithm.

37.What are the chief advantages of mini-batch Gradient Descent?

The chief advantages of mini-batch gradient descent are as follows-

The full form of RNN IS a Recurrent Neural Network. The artificial neural networks designed to identify the patterns in the sequence of data, like text and handwriting, are known as RNN. It uses the proportionate back algorithm for training due to their internal memory. It can memorize the essential things about the inputs they receive. This enhanced memory helps them to predict future events accurately.

Conclusion – So we have covered several deep learning interview questions that will help you land the perfect job that you always desired. Vinsys is here to help you upskill yourself. 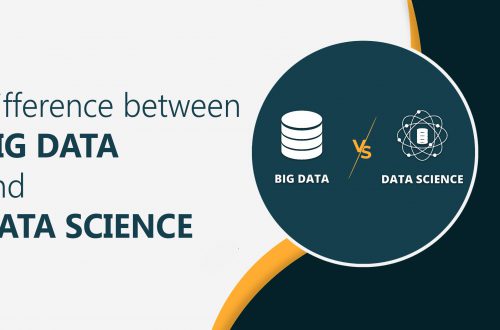 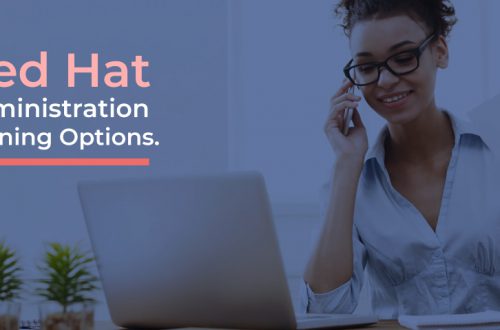 Red Hat Certification – Know the Right Training For You 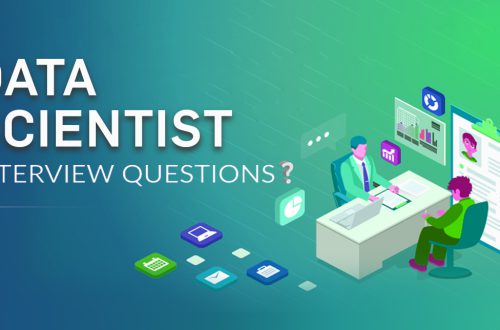