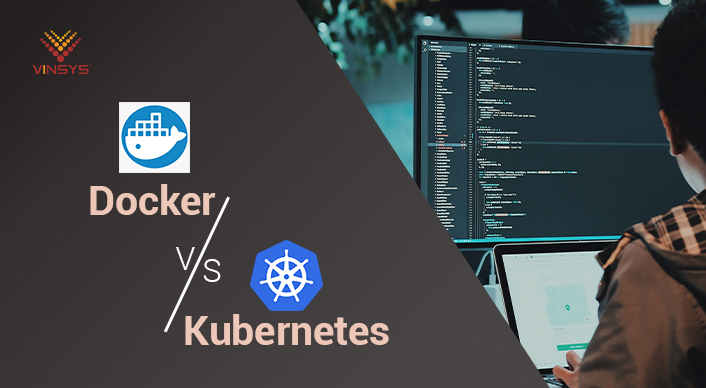 Although they are fundamentally dissimilar technologies that aid users in managing containers, they work best together and have the considerable capability alone. Kubernetes Vs Docker Learn about the key differences.

As open-source pioneers in container technologies, two names stand out:

Another often-asked issue is: Is Kubernetes replacing Docker? This is answered by the fact that Kubernetes and Docker complement container technologies. Simply put, no. Since Kubernetes isn’t a rival technology, this query is most likely related to the news that Kubernetes would stop supporting Docker as a container runtime option in 2021.

How Docker and Kubernetes work together?

Nevertheless, as we’ll examine in more depth later in this piece, Kubernetes and Docker are still compatible and offer definite advantages when used together. Starting with containers, the fundamental technology that links Kubernetes and Docker, is critical. A container runtime option is a container component that interacts with the operating system kernel during the containerization process.

What is Kubernetes and Docker and Container?

An executable software unit known as a container bundles application code with its dependencies, making it possible for it to execute in any IT environment. A container is independent and isolated from the host OS, which is often Linux, making it adaptable to different IT settings.

Engineers can quickly produce programs that work dependably across a range of distributed systems and cross-platform configurations with the help of containers. The mobility of containers eliminates many conflicts between functional teams that result from employing various tools and technologies.

They facilitate cross-environment cooperation between IT operations and development teams as a result, making them particularly well-suited for DevOps workflows. Containers are perfect for microservice architectures, in which applications are composed of loosely connected, smaller services since they are compact and lightweight. Additionally, upgrading on-premises apps and connecting them with cloud services frequently starts with containerization.

Comparing a container to a virtual machine might help you comprehend the notion of a container (VM). Both are based on virtualization technologies, however, a VM uses a lightweight software layer called a hypervisor to virtualize real hardware whereas a container virtualizes an operating system.

With traditional virtualization, each virtual machine (VM) contains an application, a virtualized version of the OS’s necessary hardware, and a whole copy of the guest operating system (OS) (and its associated libraries and dependencies). A container, on the other hand, only includes the application and all of its dependencies. When a guest host isn’t there, a container shrinks dramatically in size, becoming swift and portable. The DNS settings of the host are likewise automatically used by a container.

An open-source containerization platform is called Docker. In essence, it’s a toolkit that makes it easier, safer, and quicker for developers to create, deploy, and manage containers. The term “contained” also applies to this toolbox.

Even while Docker was initially an open-source project, it now refers to Docker, Inc., the business that creates the paid Docker product. Whether programmers use Windows, Linux, or macOS, it is now the most well-liked tool for constructing containers.

In reality, container technologies were there for a long time before to Docker’s 2013 introduction. LXC, or Linux Containers, were first the most well-liked. Although Docker was originally based on LXC, it swiftly overtook LXC to become the most widely used containerization platform because of its specialized technologies.

One of Docker’s most important features is portability. Any desktop, data center, or cloud environment may use Docker containers to execute applications. An application can continue to function while one of its components is undergoing maintenance or updating because only one process can run in each container.

The following are some of the vocabulary and tools frequently used with Docker:

A straightforward text file that lists all the requirements for creating a Docker container image, such as the OS network requirements and file locations. In essence, it is a collection of guidelines that Docker Engine will adhere to while creating the image.

A program operating in several containers, defined by a tool. It produces a YAML file to list the services that are included in the application and uses the Docker CLI to deploy and execute containers with only one command.

Even though Kubernetes no longer specifically supports Docker as a runtime, it is still possible to run and manage containers built via the Open Container Initiative (OCI), Docker’s image format that enables you to use Docker files and generate Docker images. The Kubernetes ecosystem still has a lot to offer concerning Dockers.

The Docker containerization platform offers all of the above-mentioned benefits of containers as well as the following:

Applications that are containerized may run in any environment (anywhere Docker is active) and on any operating system.

Utilizing agile approaches like DevOps and CI/CD procedures is made simpler by containerization. For instance, in response to rapidly shifting business demands, containerized software may be evaluated in one environment and deployed in another.

It is simple to create Docker containers, and you may efficiently manage several containers at once.

A platform for scheduling and automating the deployment, administration, and scaling of containerized applications is called Kubernetes. The multiple container design that houses containers is known as a “cluster.” In a Kubernetes cluster, a container designated as the control plane schedules workloads for the other containers, or worker nodes.

The master node determines how apps or Docker containers are assembled, where they are hosted, and how they are orchestrated. Kubernetes improves service discovery and enables the administration of large quantities of containers throughout their lifecycles by combining the individual containers that make up an application into clusters.

In 2014, Google unveiled Kubernetes as an open-source undertaking. The Cloud Native Computing Foundation, an organization dedicated to open-source software, is now in charge of managing it (CNCF). Kubernetes is well-liked in part because of its strong features, vibrant open-source community with hundreds of contributors, support across top public cloud providers, and portability. It was created for container orchestration in production environments.

Kubernetes automates and schedules the deployment of containers across several to compute nodes, which can be virtual machines or bare-metal servers.

When traffic surges happen, it uses load balancing to expose a container on the internet and keep things stable.

Whether based on CPU utilization, memory thresholds, or other data, automatically sets up additional containers to accommodate excessive loads.

When containers fail or when nodes fail, Kubernetes restarts, replaces, or reschedules them. It also kills containers that don’t react to user-defined health checks.

It deploys application modifications and checks the health of the application for any problems, rolling back changes if necessary.

To decrease latency and enhance user experience, it automatically installs a persistent local or cloud storage system of choice as required.

Eliminates the need for cluster managers to manually call their storage providers or build objects to generate storage volumes.

Best Alternative Between Kubernetes and Docker

Despite being different technologies, Kubernetes and Docker function incredibly well together. Developers may swiftly group programs into distinct, independent containers using the command line with the aid of Docker. Developers may now use such apps throughout their IT system without worrying about compatibility issues. If an application is tested on a single node, it will work everywhere.

Kubernetes allows the orchestration of Docker containers, scheduling and automatically deploying them across IT systems to maintain high availability during periods of increased demand. Along with managing containers, Kubernetes also has the benefits of load balancing, self-healing, and automated rollouts and rollbacks. Additionally, a graphical user interface is included for ease of use.

The key distinction between Docker and Kubernetes is that one is a container orchestration framework that represents and controls containers within a web application, while the other is a technology for designing and operating containers. Containers are not created by Kubernetes. Instead, it makes use of container realization technology like Docker.

If a company plans to scale its infrastructure in the future, it may make sense to implement Kubernetes now. Additionally, Kubernetes uses pre-existing workloads and containers for Docker users while tackling the challenging problems associated with scaling up.

If you are looking individual or corporate training of Kubernetes or Docker then Vinsys is having experienced trainers and legacy of 20+ of corporate excellence certification and training. 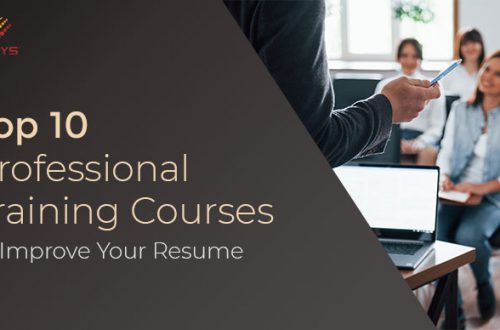 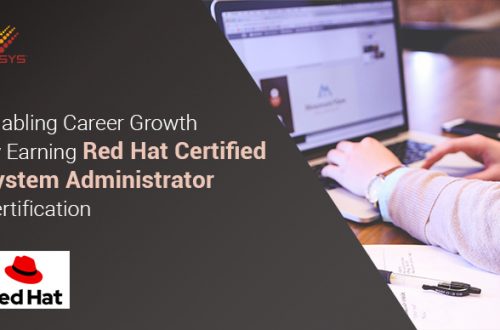 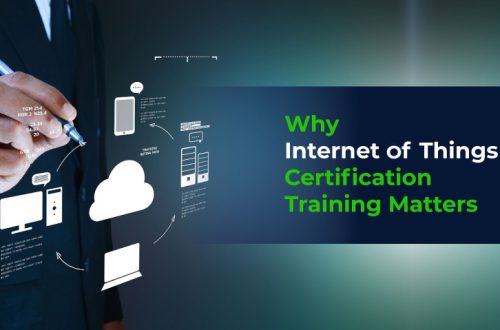 IoT Certification Matters: What are they and how they can help your career future?