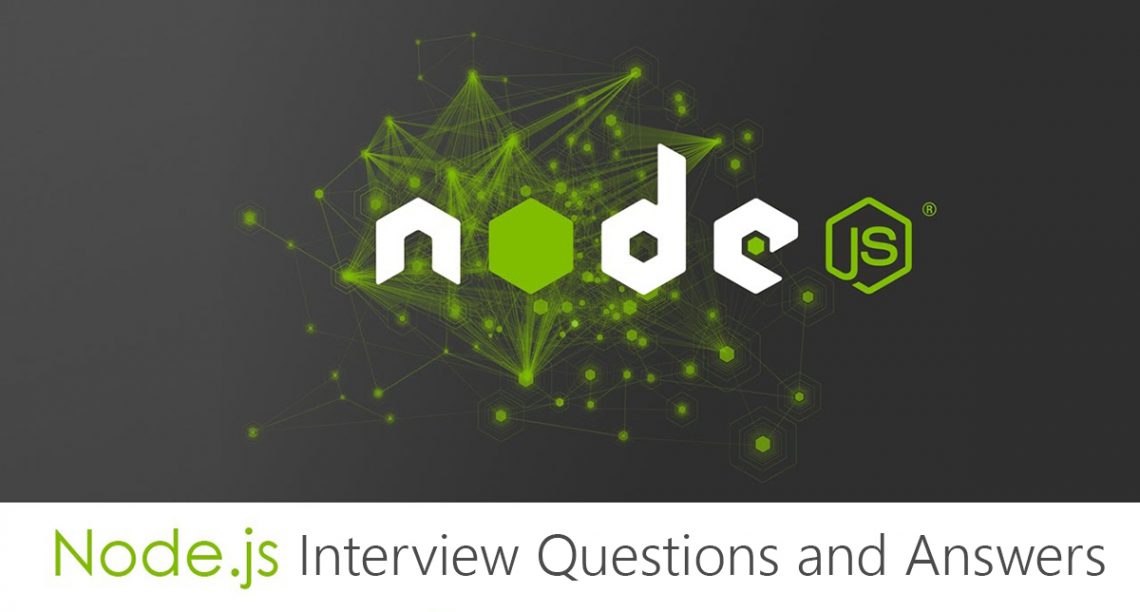 Veteran computer scientists claim that learning MEAN is helpful for the career. Many people ask what the MEAN exactly is to answer the question, MEAN is a web development tool. Node.js is a server-side technology, So technology training and framework that you have to be proficient to become the ideal MEAN stack developer

Those who know to MEAN have an edge over others in the job market. Also, the knowledge of MEAN secures a lucrative salary. Those who aspire to be MEAN stack. Developers need to possess knowledge of Node.js.

When a professional who possesses knowledge of mean, he or she is asked specific questions regarding Node.js. Let us find out what the issues are. Those who are updated about the problems and prepared with their answers have better chances of securing the job.

Here are the frequently asked Node.js Interview Questions and Answers

Node.js is server-side scripting, based on Javascript engine by Google v8.

Node.js uses Javascript as the language of its script. It works best in a V8 ambiance. This virtual machine achieves excellent output through a single-threaded event loop and non-blocking I/O.

5. Why should people use Node.js?

People should use Node.js because generally, it works fast. It rarely blocks. All the things are asynchronous. It provides a high quantity of concurrency.

6. Why is Node.js known as single-threaded?

Program developers created Node.js for the sole purpose of experimenting. The common belief is that we may extract outstanding performance if someone does async processing on a single thread, under many typical web loads, more.

7. What is the meaning of an event loop in Node.js?

People use an event loop for handling and processing external events. The external circumstances d to callback invocations through an event loop.

Since Node.js is an asynchronous platform, it depends on a call back to a great extent. The function of a callback Convis summoned after a given task. It permits different codes to run in the background simultaneously and prevents blocking—every API of Node.jp e cis written for supporting callbacks.

9. How is callback hell fixed?

There are three ways of fixing callback hells. They are:

a) Keeping the code shallow.

b) Handling all the errors

c) Modularizing: It refers to dividing the callbacks into tinier and independent functions which may be called using specific parameters. After that, to attain the settings.

The objects which permit data to be read from a source and written to the destination continuously are known as a stream.

11. Why is it essential to maintain a consistent style?

12. What tools could you use to ensure a consistent style is maintained?

We might use two tools like ESLint and Standard, to ensure that a consistent style is maintained.

People use it to conclude a project. These particular codes are known as exit codes. Examples of exit codes are Fatal error and Unused.

14. What are the differences between Ajax and Node.js?

When we need to develop applications that are client servers, we use Node.js. To update a particular part of a page, we use Ajax. Here, we don’t have to make alterations to the entire page. So, we can see that the purpose of Ajax and Node.jr are entirely different.

15. How would you explain chaining in Node.js?

In the world of technology, a chain doesn’t mean an object with which prisoners Ajare tied up. Often, the output of a string is connected to a different chain through a mechanism. Thus, the tool gives rise to many stream operations. This mechanism is known as chaining in Node.js.

Node.js has three keywords, i.e. Global, process and buffer. All of them have different meanings. A buffer denotes a class of node.js for handling binary data. A Process is a global object that mainly gives back data regarding either the environment or the application.

17. What are the advantages of Node.js?

Node.js is very easy to use. Also, it offers a variety of prospects in development.  It enables users to write both at the front and in the back end of any app through a common language, i.e. Javascript.  As a result, more communication takes place among teams. It also enhances efficiency. The non-blocking i/o system dramatically enhances the speed of node.js.

18. Are there any disadvantages of Node.js?

Node.js has its disadvantages. Specific software is heavy on the CPU. Node.js is not suitable for them.

NPM stands for Node Package Manager. The functions of NPM in Node.js are as follows:

20. Which database may be used for Node.js?

Node.js is compatible with any database. Both NASQL and SQL databases make use of it. However, it works better with NASQL. The reason is NoSQL database allows the user to convert any entry from the database into a Javascript object.

21. What do you mean by Node.js modules?

The modules of Node.js are codes provided by third parties. Developers use these codes to fasten up their work.

22. Is Node.js beneficial for machine learning?

Node.js is not particularly beneficial for machine learning. The tools which use Node.js are single-threaded by nature. So, they are not helpful for machine learning or any onerous computation task. Node js is good for more straightforward projects like feature extraction.

23.  Can we say that the Node.js app is faster than its competitors? If yes, then why?

Only selecting the Node.js app is not a solution to problems. The code has to be well written.  It deals with basic HTTP requests better than its counterparts.

24. How can you scale the Node.js applications?

The Node.js solutions may be scaled in two ways: horizontally as well as vertically. Since Node.js is single-threaded, running by default on a 16-core server instead of on a single-core system, doesn’t improve its performance. So, it needs to be scaled vertically. Vertical scaling means that the user needs to run many instances of his app within a machine. After that, the user needs to lay out the traffic everyone on CPU threads. The horizontal scaling works just like any other backend app.

25. Could you explain how the event loop works in Node.js?

The event loop is a mechanism that waits for events and sends messages within a program. They are the central control flow constructs within a program, in Node.js. E.g., each time a request is on the verge of being where can i buy provigil in the UK handled, it is placed on the event loop and processed as soon as it is ready.

Node.js transfers the responsibility of managing the system, instead of doing it on its own. So, it doesn’t need to wait for the job to complete. It may handle other requests during this time. This event loop projects Node.js as more efficient than any other technology.

26. How do you explain that Node.js is event-driven?

The phrase “event-driven” means some events are dispatched when an action takes place. This event may be used to carry out an identical effect.

The asynchronous nature of Node.js drives it towards being even driven. An Event Emitter is present within the core of Node.js. The EventEmmitter has the responsibility of sending or dispatching messages. It is essential for monitoring the condition of reading a file so that we may retaliate with data.

27. What is the first argument that is typically handed over to a Node.js callback handler?

A voluntary (optional) error object is the first argument to be typically passed to a Node.js callback handler. In case no error is found, the evidence is void.

28. What role does REPL play in Node.js?

REPL stands for Reading Eval Print Loop. The functions that REPL performs are as follows:

The REPL shell permits direct admittance to Javascript to some shell prompt. After that, it assesses the result. REPL is essential for testing, debugging, and performing experiments. It may be described as a virtual environment that accompanies Node.js.

Some callbacks which are heavily nested make the code illegible. These callbacks also pose difficulty while maintaining the system. They are known as callback hell. The JavaScript code may be tested immediately in the REPL ambiance of Node.js.

The user needs to follow a few steps to launch REPL in Node.js. The commands are as follows:

When Node.js is run while tracing is enabled, log files will be produced. Then, they open the log files in a tab of Chrome.

32. How can an application be debugged in Node.js?

The word “debugger” is inserted within the source code of a script. It enables a breakpoint at the particular position of the n script.

33. What is Event Emitter in Node.js?

Any object which emits or gives out events belongs to the EventEmitter category.

34. How can we differentiate between read file and create Read stream in Node.js?

The former(readFile) is for reading all the contents I a file asynchronously. It understands a file fully within the memory, before making it available to the users.

35. What is the utility of Timers in Node.js?

The Timers is a module in Node.js. It has functions that execute code after a given period.

36. Name some security mechanisms which are available in Node.js?

There are a few security mechanisms in which we can make our Node.js secure. They are as follows:

Helmet: It is a tool that sets HTTP headers to protect the application.

Node rate limiter: This tool keeps the rate of requests that are made repeatedly in check.

37. Do you have any idea about libuv?

It is a support library for multi-platforms. It is an event loop that is fully featured. Initially, it was built keeping Node.js in mind.

38. How do you differentiate between asynchronous and non-blocking?

Non-blocking is a term that is used with I/O. E.g., Non-blocking read/write calls return with everything that can be done. This backing is a response from the server. It automatically presumes that the user will execute the call once more.

On the other hand, the word “asynchronous” etymologically means something that is not synchronous. Here, the users do not wait for a response from the server.

39. Do you know whether Node supports cryptography?

Node.js has a module known as Crypto. It ensures that Node supports cryptography.

Node.js provides a buffer class for storing raw data. The raw data resembles a group of integers. It is used as Pure JavaScript is not amicable with binary data.

41. What role does assert play in Node.js?

Node.js Assert is a method of writing tests. It doesn’t provide any feedback for the duration of the trial unless someone fails. It is designed primarily for the internal use of Node.js. Also, Node.j doesn’t allow anyone to access DOM.

42 What do you mean by Punycode in Node.js?

Punycode is an encoding syntax, bundled with some advanced versions of Node.js. It converts Unicode strings of characters to ASCII strings.

Since most of the questions may have more than one answer, fill free to personalize your answers as much as possible especially when you have the experience to relate the answers to.

Conclusion:  We are Vinsys, a pioneer in the field of technical and project management training and certification for individuals and corporates. We offer a flexible mode of learning at a reasonable cost. The subject matter experts & trainers provide thorough practical knowledge and hands-on experience. This highly rated institute clears the concept of the aspirants who plan to snap a node.js meeting. All the organizations that seek to hire candidates in the field of node.js ask a few common questions. They expect a few answers to the questions. So, we have put together a list of the commonly asked questions, along with their expected responses. The expert trainers here hope that this will boost the confidence of the candidates. These questions and answers also teach them how to answer in a nutshell. 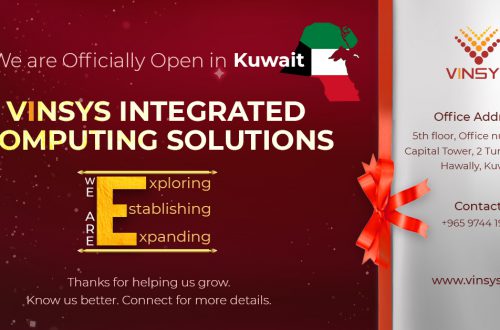 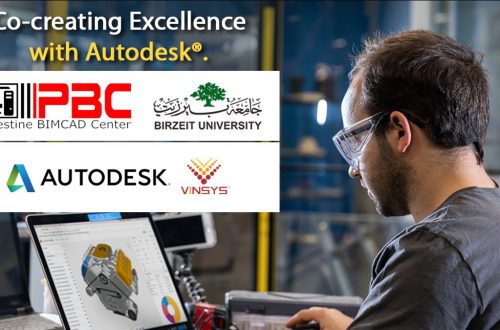 Birzeit University Students Shoot up the Brilliance Level with Autodesk 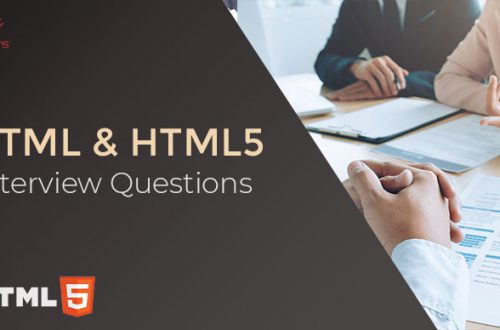