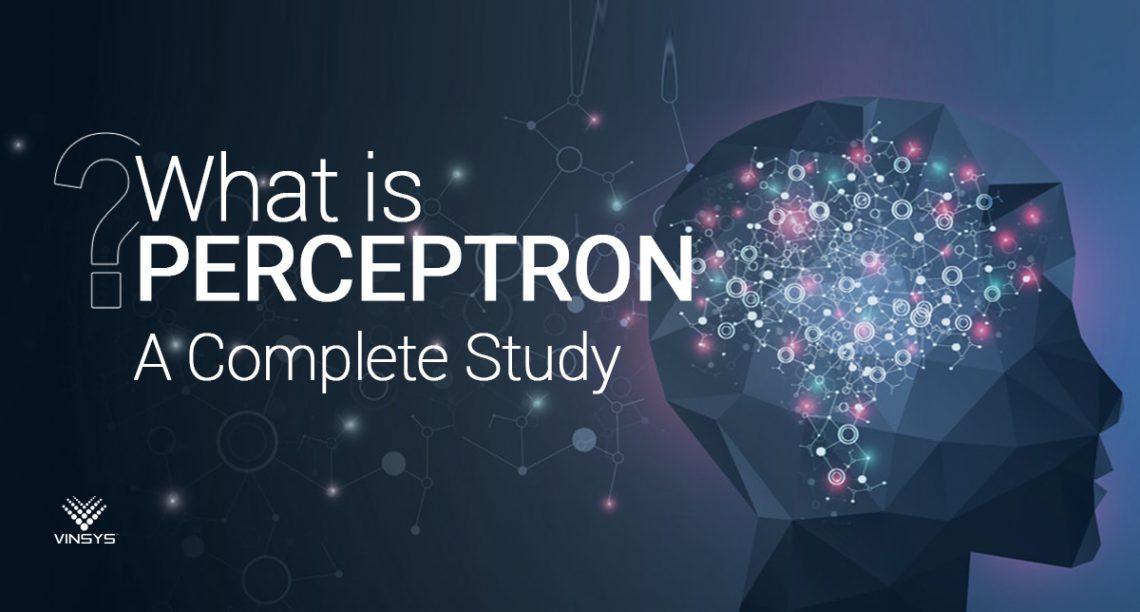 First is input value or one input layer

Many people often get confused with the question of what is perceptron. To know its answer, one should have a deep understanding of neural networks. It is the most widely used neuron model. Behind every perceptron layer, a neuron model exists which ultimately forms a wide neural network.

Besides observation, the human brain tends to replicate everything. It is a part of its nature. Whenever we see a bird flying in the sky, we want to fly objects with the help of which we can also fly.

The airplane’s invention sets an appropriate example of this fact. It is the undeviating result of surveillance and the sheer inclination to imitate what we see around us. Nature is the source of all inventions and revolutions.

Science has widened its scope and tried all possible limits to imitate the functions of the human brain. A lot of research has been done on it to understand what are the functions that a human brain performs and how it easily observes everything, manages, and stores information. The inception of the concept neural network has drawn inspiration from it. It is considered to be a very small but precise illustration of the neural algorithm network of the human brain.

What is perceptron in neural science?

With the growing invention in science, we can now say that science has invented such machines that can easily imitate the working of human brains – not the entire functions, but a limited function at least. The artificial intelligence training of the machines has made them capable of identifying an object, classifying them, communicate with humans, and playing games even better than humans.

What is the definition of a neural network?

A neural network has been formed using an assembly of neurons or nodes that are intertwined through a synaptic connection. In every neural network, there exists three artificial layers – hidden, input & output layer.

The input level is made up of several neurons or nodes. Every node under this network performs a particular purpose, and every purpose has a mass value. After that, neurons move from the input layer to a multi-layer platform, which is consists of different categories of neurons, and then it is termed as a hidden layer. Now comes another layer called the output layer. It is the layer that offers the final outputs.

What is perceptron learning algorithm?

As it has already been mentioned the perceptron is the neuron’s very effective prototype system which has been categorized in the most naive form of an influential neural grid system. Frank Rosenblatt, the inventor of the perceptron at Cornell aeronautical laboratory back in 1957, said that it has a few number of input, output, and finally a process.  Perceptron plays an important part in machine learning projects. It has widely been used as an effective form of classifier or algorithm that facilitates or supervises the learning capability of binary classifiers.

Supervised or Administered education is said to be the most research-oriented method of learning mathematical problems. Supervised learning consists of explicit output and input. The main objective of learning this algorithm is by using correct labels of data that helps to make future predictions and training models. One of the most common problems associated with supervised learning is the classification that makes it complicated to predict the class label.

A linear is a type of classifier in perceptron has been categorized as an effective form of an algorithm. It mainly depends on a linear function that helps to make predictions to a huge extent. The predictions are mainly framed depending on an amalgamation of feature vector and weight. The linear-classifier has lined up two important categories which help to determine the classification that involves algorithm learning and data. If this classification has been divided into two groups, then the training statistics will automatically be divided into two groups.

The algorithm of perceptron is the one that finds its way in the study of binary data classification. It is available in its most basic form. The name perceptron has been derived from the very elementary element of the neuron. In machine learning scenarios, perceptron plays an important role. Perceptron in learning algorithms can be easily available in the complex learning of mathematical problems. It will even show you some limitations which you have not seen before.

Well, this is the actual problem with most students who find it difficult to learn mathematical problems and perceptron algorithm learning. Perceptron and mathematical learning go side by side. At some point in time, the perceptron network was not found that much capable of solving major mathematical issues. However, these problems can be resolved with multi-layer networks and improve learning.

In today’s age, perceptron plays an important role in the context of machine learning and artificial intelligence. It has been considered to be a fast and reliable solution in the group of mathematical problem-solving. Perceptron has all the capabilities to understand the algorithm of mathematics. Also, if you want to know how perceptron actually works, you need to understand more complex networks in a much easier way.

What are the most common major constituents of perceptron?

Perceptron consists of a number of components such as –

The inputs in perceptron algorithm is understood as x1, x2, x3, x4 and so on. All these inputs denote the values of feature perceptron and the total occurrence of the features. In this category, a special type of input exists, which is termed as bias. Now we will explain bias later on.

Weights are observed as values that are planned throughout the preparation session of perceptron studyl. The weights offer an preliminary value in the very beginning of algorithm learning. With the occurrence of every training inaccuracy, the weights values are updated. These are mainly signified as w1, w2, w3, w4 and so on.

As it has already been mentioned that bias is a distinct type of input. It allows classifiers to frame a decision from the original location to the left, right, up, and down. In respect of algebra, the bias influences the classifier to frame its decision into the boundary. The main objective of bias is thereby to change or move each point to a particular position for a quantified area or distance. Bias permits model training and quality learning in a fast way.

Activation is used as a non-linear network. These purposes can easily change the neural value of networks to either 0 or 1. The adaptation value also plays an important role to frame a set of data that is extremely easy to categorize. Not only this, but step function can also be used relying on the amount of value required. Another two functions also play a role in this context, and these are, namely, sign function and sigmoid function. .

These values are observed between 0 and 1, 1, and -1 consecutively. The sign function has been defined as a hyperbolic curvature utility which is perfect for a multi-layer perceptron neural network. On the other hand, rectified linear is another type of step function which can be used for approaching values – value more or less than zero. Linear classification needs perceptron to be linear.

It is the proliferation of every input value or feature associated with the corresponding weight value and thereby offers a total of value which is called weighted summation. The weighted summation is signified in the following manner ∑wifi for all i -> [1 to n].

What are the steps need to perform for perceptron learning?

Perceptron learning is a complex procedure, and here you will come to know about some important steps that should be followed for learning this algorithm program. Let’s have a look at them –

Perceptron algorithm is suited best for dealing with multifaceted mathematical problems. Some multifaceted information groups such as image recognition, perceptron play an important role. It is a difficult job to study the algorithm with the help of KNN and the other common classification methods.

Along with this, the multi-layer perceptron is ideal for solving a complex set of data and problems. The role of activation in perceptron learning is a complex procedure. But you can use various sets of activation functions for understanding algorithms when the studying rate is comparatively slow.

The training of the perceptron program consists of feeding multiple training samples and thereby calculating each one of them. After the completion of each sample, the weight value is adjusted in an efficient manner which ultimately minimizes the output error and also defines the difference between the actual output and the desired target.

What are the drawbacks of a single perceptron?

The single perceptron involves deep learning. But it has one major drawback – it can learn only linear separable function. Now to answer the question of how major or crucial this drawback is, it can be said that take XOR which is relatively a simple function and notice carefully whether it can be classified by a linear separator or not.

In order to address this issue, you need to use a multi-layer perceptron, which is also known as a feed-forward neural network. Besides this, you can also compose or create a bunch of perceptron neurons together to create a highly powerful mechanism for algorithm learning.

What is the role of perceptron in machine learning?

Perceptron in machine learning is basically defined as an algorithm used for supervised mathematical algorithm learning. This is mainly used in a linear classification where predictions are made based on linear production output. The entire process is done by using a simple entity called a feature vector. It is combined with neurons and weights to perform the prediction function appropriately.

What is perceptron in neural network algorithm?

To define in simple terms, a neural network is a collection of interconnected perceptrons . The working of it entirely depends on multiplication operation between two important components – one is weight and another input. Both these two things are used in the processing. The sum is then passed through an effective activation function which squishes the value of the binary range of 0 and 1. It provides an output which is termed as a classifier.

In the machine learning process, the perceptron is observed as an algorithm which initiated supervised learning of binary digits and classifiers. It is itself basically a linear classifier that makes predictions based on linear predictor which is a combination of set weight with the feature vector.

The basic perceptron is used in understanding binary classification and all training data and examples lie in this category. The term has been derived from a basic unit called a neuron.

The perceptron algorithm has been invented in the year 1957 by Frank Rosenbelt in the United States of Naval Research. In the beginning, perceptron was observed as a machine rather than a program. The first implementation of this algorithm takes place in software. It was built in the context of custom-built hardware as Mark perceptron. This machine has been designed for the purpose of image recognition. It was comprised of a wide array of 400 photocells connected to the neurons.

The major components of perceptron play an important role in its functioning. With these components, mathematical algorithms can easily be understood. However, for complex learning, it should be associated with a special type of neuron called bias. Bias helps in training models faster and with better quality.

A lot of confusion has been made over the years on the question of what is perceptron. Different researchers have given different explanations on this context. But finally, it appears that perceptron is an important part of the neural network. A lot of components are involved in it such as input, activation, bias, and weight.

All these components together bring out a satisfactory result that is required for understanding complex mathematical algorithms. A lot of online tutorial videos are up there, which explain the whole thing with diagrams and equations. For understanding machine learning, it is imperative to know what perceptron is. 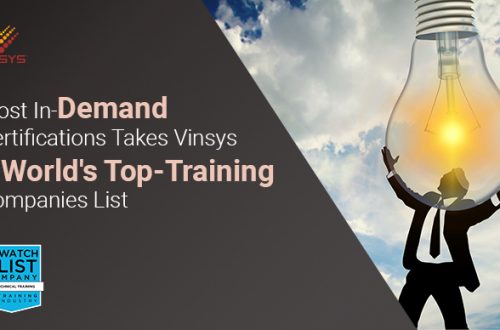