Today’s businesses have to stay on the edge to digitally transform themselves, but the old software constrains the business growth and the infrastructure while rationalizing an increasingly diverse portfolio of clouds, datacenters and application architectures. The Docker Training program engages true independence between applications and infrastructure and developers and IT ops to unlock their potential and creates a model for better collaboration and innovation. The Dockers Certification will get you integrated security framework for delivering safer applications and hereby improving policy automation that maintains performance and does not hamper your daily processes.

Dockers Training Certification provided after successful completion of the course

By the end of the course successful learners will be able to:

This course is intended for:

All students should be comfortable at the Linux command line.

Customized to your team's need 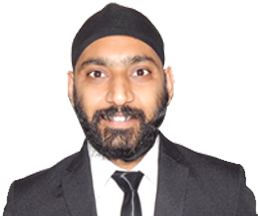 Extensive experience as an Oracle and Amazon Instructor

Wikipedia defines Docker as an open-source project that automates the deployment of software applications inside containersby providing an additional layer of abstraction and automation of OS-level virtualization on Linux.

Why should I use it?

Docker's rise has been nothing short of meteoric. Although containers by themselves are not a new technology, it was not until Docker arrived that they started to get mainstream attention. By providing standard APIs that made containers easy to use and creating a way for the community to collaborate around libraries of containers, Docker has radically changed the face of the technology landscape. In an article published by The Register in mid-2014, it was claimed that Google runs over two billion containers per week

What platforms does Docker run on?