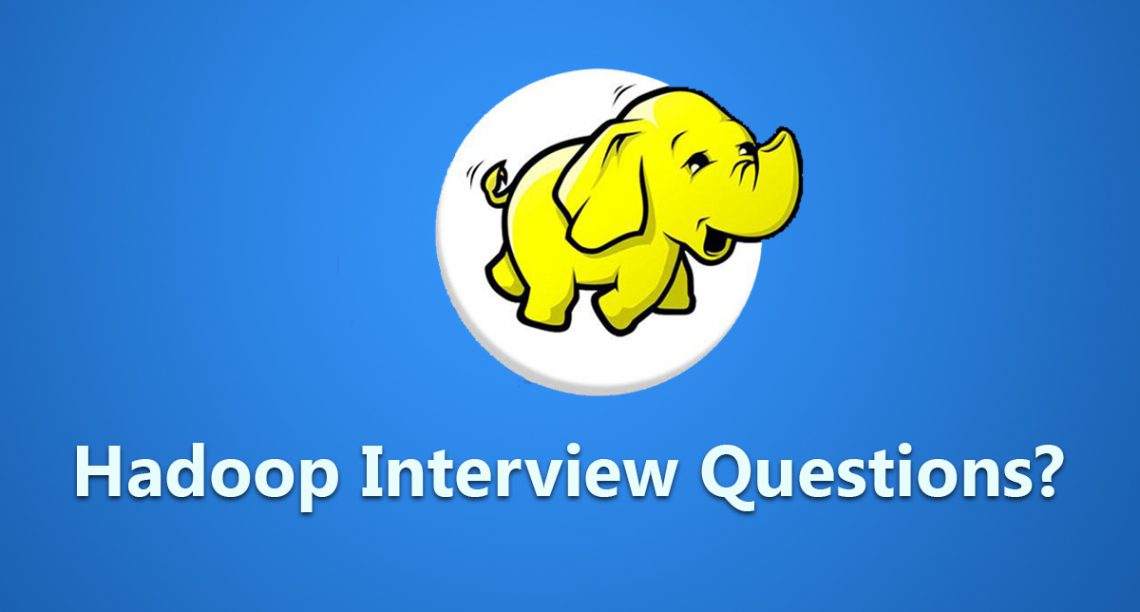 Hadoop is an open-source software framework that stores massive amounts of data. It runs applications on clusters of commodity hardware. Hadoop can hand virtually unlimited concurrent jobs or tasks. Hadoop also provides a vast amount of storage space for any data.

Big data & Hadoop have excellent processing power. Especially in the energy industry, analytics powered by Hadoop is used for predictive maintenance. It feeds data into big data programs, with input from the Internet of Things(IoT) . The demand for Hadoop experts is steadily on the rise. The Common question arises on how to prepare for a Hadoop interview or Hadoop admin interview. So, it is a brilliant idea to get upskilled as a Hadoop expert. Hadoop experts get a lucrative salary in the Big Data job market.

The interview panel asks the candidates who apply for hadoop developer or hadoop testing a few general questions as well as hadoop scenario based questions to check knowledge. So, a comprehensive list of probable questions and their answers helps prospective applicants be prepared for such interviews with a clearcut difference between big data and data science. We will also look into questions from the entire Hadoop ecosystem, which includes HDFS, MapReduce, YARN, Hive, Pig, HBase, and Sqoop.

Big Data helps companies to derive value successfully from their data. The Five V’s of data is as follows:

3.What is Hadoop and components of Apache Hadoop?

4.What do you mean by HDFS and Yarn?

The storage unit of Hadoop is known as HDFS. It stands for Hadoop Distributed File System.It follows the topology of the master and slave. It stores different types of data in a distributed environment as blocks.

The components of HDFS are as follows:-

The processing framework of Hadoop is known as Yarn. It stands for Yet Another Resource Negotiator. It manages the resources.

Two components of Yarn are as follows:-

5.What do you mean by NameNode and Data Node?

NameNode and Data Node are the two components of HDFS.

NameNode maintains the metadata information for the blocks of data stored in HDFS. It may be described as the master node in the distributed environment. It manages all the DataNodes.

Datanodes are responsible for storing data in HDFS. They are the slave NODES.

6.What do you mean by Resource Manager and NodeManager?

ResourceManager and NodeManager are the two components of Yarn. The node manager is installed in all the data nodes. It is responsible for executing all the tasks on every Datanode.

Resource managers receive processing requests. They then transfer the parts of the requests to the corresponding NodeManagers, where the actual processing occurs.

7.In which programming language is Hadoop written?

Hadoop is written in Java.

8.Why do companies prefer to use Python with Hadoop?

Amazon recommends different products to its users, based on their past buying history. Python has been used to build the machine learning engine of Amazon. It interacts with Hadoop Ecosystem to deliver the best quality product recommendation system.

Facebook has gained unprecedented popularity in the field of social media. It enables HDFS to extract extensive image-based unstructured data. Then, it uses Python as the backend language for image processing applications. Facebook also uses Hadoop streaming API to edit and access the data.

9.In which modes can Hadoop run?

Hadoop can run in three modes, which are as follows:

10. Name the types of metadata a NameNode server holds?

A name node server holds two types of metadata. They are as follows:

Below are the top trending related interview questions

11.What is the difference between Hadoop 1 and Hadoop 2?

“NameNode” is the single point of failure in Hadoop 1.x. Active and Passive NameNodes are present in Hadoop 2.x

12.Tell me the reason for frequently changing nodes in Hadoop?

Since the volume of data is ever-increasing, Framework is the ease of scale, according to it. So, a Hadoop administrator has the critical duty to add and remove data nodes from a Hadoop cluster.

Sometimes, a node appears to execute a task slowly. In that case, a master node may execute another instance of the same task to another node redundantly. In that case, the task that finishes first is accepted. The other one is killed. This process is “speculative execution” in Hadoop.

14.What is the function of “RecordReader” in Hadoop?

A “RecordReader” loads the data from its source. It then converts the data into suitable pairs so that the “Mapper” task may read it.

15.How is a custom partitioner written?

It is easy to write a custom partitioner for a Hadoop job, by following the steps mentioned below:

16.Name some companies that use Hadoop?

17.On which concept does the Hadoop Framework work?

18.What do you mean by Hadoop streaming?

The distribution of Hadoop has a generic application programming interface. This interface writes Map and Reduce jobs in programming languages like Python and Ruby. It is known as Hadoop streaming.

19.Name some most commonly defined input formats in Hadoop?

The most common input formats of Hadoop are as follows:-

20.How do people choose different file formats to store and process data in Apache Hadoop?

Several factors choose which file people use to store and process data in Apache Hadoop. The factors are as follows:

21.What do you mean by edge nodes is Hoop?

The interface between the Hadoop cluster and the external network is known as an edge node. It is used to run client network and client administration tools.

22.What are the techniques of using side data distribution in Hadoop?

Side data refers to the extra read-only data that a Hadoop job needs to process the original data set. Hadoop has two side data distribution techniques:

23.What is the best hardware configuration to run Hadoop?

Dual processors with 4GB Ram or 8GB RAM, which uses EC memory, form the best hardware configuration. ECC memory is the best for running Hadoop. Users who have used non-ECC memories have experienced different checksum errors. The hardware configuration is also essential in managing workflow requirements. It is liable to sudden change.

24.What are the advantages of using Hadoop?

The advantages of using Hadoop are as follows:

25.Could you describe some features of Hoop?

The different features of Hadoop are as follows:

26.How would you differentiate between RDBMS and Hadoop?

There are some fundamental differences between Hoop and RDBMS. They are as follows:

27.What are the disadvantages of Hadoop?

Hadoop has a few disadvantages. They are as follows:

28.Differentiate Between Hadoop 2 and Hadoop 3

There are a few fundamental differences between Hadoop 2 and Hadoop 3. They are as follows:

29.How can you achieve security in Hadoop?

Hadoop uses Kerberos to achieve security. The client needs to take three steps to access the service while using Kerberos. In each of the steps, a message is exchanged with the server. The steps are as follows:

30.What do you mean by throughput in Hadoop?

In Hadoop, throughput is the amount of work done within a specified time.

31.What is the function of .jbs command in Hadoop?

In Hadoop, the .jbs command helps people check whether the Hadoop is running or not.

Hdfs stand for Hadoop Distributed file system. It is the min storage system of Hadoop.

It stores large files running on a cluster of commodity hardware. HDFS follows the principle of big files in less number, instead of many small files.

33.Can many users simultaneously write in an HDFS file?

Multiple writers cannot write in an HDFS file simultaneously. The model which Apache Hadoop follows is known as a single writer multiple reader model. NameNode grants a lease to the client who opens a file to write. If another client wants to write in that file, it seeks permission from NameNode for writing operation. Then, NameNode checks whether the access to write has been granted to someone else earlier. If the lease has already been granted to someone else earlier, NameNode will reject the second client’s writing request.

A continuous location on the hard drive, known as block stores data. FileSystem generally stores the data as a collection of blocks. HDFS stores each file as a block, and distributes it across the Hadoop cluster. The default size of the data block is 128mb in HDFS. We may configure it as per our requirement. The default size of each data block is 1258mb, by default, to reduce the disk’s size. The block size cannot be so large that the system waits for a long time for the last unit of data to finish processing.

35.Could you explain how to do indexing in HDFS?

Hadoop has an impressive way of indexing. Initially, the Hadoop framework stores the data according to the block size. Then, HDFS continues to store the last part of the data. It says where the next part of the data will be.

Conclusion: Hadoop is on its way to being the future of technology. The above-discussed Hadoop Interview questions and answers will help a candidate face the interview panel confidently. However, these questions just provide a basic overview of the interview. The candidates need to have a clear concept and an in-depth knowledge of Hadoop.

We had to spend lots of hours researching and deliberating on what are the best possible answers to these interview questions. We would love to invite people from the IT industry freshers, experienced to understand interview FAQ’s to excel the performance. 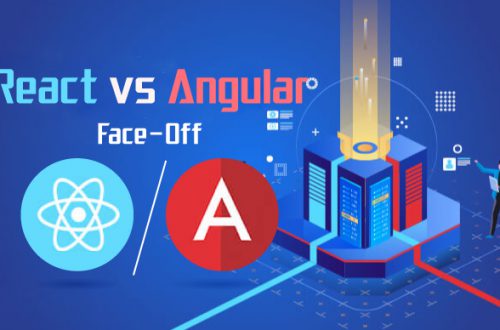 Angular vs React JS: Is one better than the other? 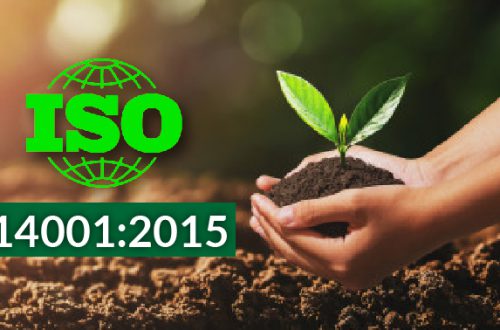 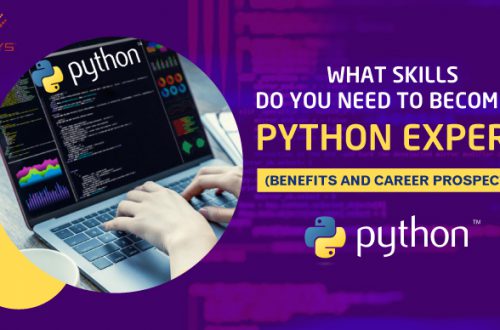 What Skills Do You Need To Become a Python Programming Expert?